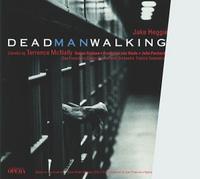 I, perhaps somewhat paradoxically, like opera but only have heard a very small number of operas. Here are the sum total of the operas I am at all familiar with (read: operas I own on CD):
Benjamin Britten
A Midsummer Night's Dream
Billy Budd
Peter Grimes
The Turn of the Screw

And the number of operas I've seen is vanishingly small: Peter Grimes at the Met and college productions of Gianni Schicchi and Carmen.

The reason for this shallow pool of knowledge is fairly simple: I find that enjoying an opera (as opposed to, say, enjoying the latest U2 album) requires a fair amount of time, and I rarely devote the time necessary to the focused listening of an opera. Add to that the relative expense of a full opera on CD and, as you can see from the above, I rarely devote myself to opera.

That being said, Dead Man Walking is easily one of my favorite (yes, of the ten or so listed above) operas. I came to the material maybe a decade after it was heavily in the popular consciousness, reading the book, seeing the film, and listening to the opera all within the same year (roughly). My feelings on the death penalty have varied over the years, and I still have a hard time being militant about one view over the other (at the moment I'm against it if only for the impossibility of certitude and the feeling that no other "civilized" nations use of it must mean something), but Sister Helen Prejean's book (and the two major adaptations of it) are just amazing to me in the way they get you to empathize with murderers.

The opera (with a libretto by Terrence McNally, one of my favorite playwrights) does a great job of dramatizing some of this material. The opening, in which we witness central character Joe and his accomplice commit the murder that will be the core of the story, is wrenching stuff, the music creating palpable violence in its aggression. The immediate segue to Sister Prejean's plaintive solo voice singing the Heggie-composed hymn "He Will Gather Us Around" is extremely effective in, right at the outset, dramatizing the poles of the story--the horrific violence Joe has committed versus the Sister's astonishing capacity for the forgiveness of that violence. Heggie, honoring Prejean, does an admirable job of not soft-pedaling Joe, and of creating an unlikeable character whose human qualities are still able to resonate with us. And in the final scene, the execution, Heggie exercised great restraint, overlapping voices and themes to create a sense of drama, but never stooping to the overly sentimental. And I love that, in an opera, Heggie in the end abandons music entirely. By the end of the scene, the only sound we hear is the beep of the heart monitor and the wheeze of the machinery, and, finally, the monotone of the flatline, as Joe is executed; musical sounds by themselves to be sure but hardly the composed sounds one would expect in the finale of an opera.

Hand-crafted in a rough-hewn oak cabin by Tosy And Cosh at 2:43 PM