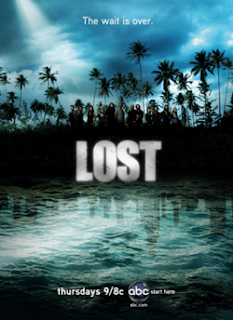 Three things I liked about the first episode of season four of Lost.

Three things I did not like about the first episode of season four of Lost.

And one more note. I posted here last year about my pet Lost theory - that the electromagnetic anomoly the hatch was dampening has the ability to affect probability fields - which would explain the interconnectedness of all the castaways. My thought - when Hurley plays Jack in Horse, is it a clue that Hurley makes all his shots? Is a byproduct of his island time, or how they got off, extremely good luck (the opposite of the bad luck he experienced after he won the lottery)?

Hand-crafted in a rough-hewn oak cabin by Tosy And Cosh at 12:07 PM

Email ThisBlogThis!Share to TwitterShare to FacebookShare to Pinterest
Labels: TV