The Fall of Tosy and Cosh (Books Edition)

After yesterday's music post, it only felt fair to highlight the books coming out this Fall that I am most looking forward to. So: 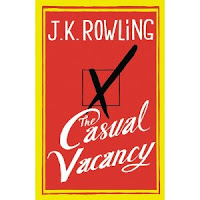 I am quite fascinated by the prospect of Rowling writing for adults. I know there have been quibbles, and harsher criticisms, of her skills as a stylist and constructor of prose (criticism I somewhat see, somewhat don't), but what happens to her style when she is writing for a more mature audience? Additionally, her topic--the political squabblings amongst a small English village set off by the death of one of its inhabitants--sounds right up her alley. The depiction of petty bureaucrats and political grievances (Umbridge, Dursleys) was some of the best stuff in the Potter novels, and a story set in that milieu is something I have high hopes for her ability to pull off. 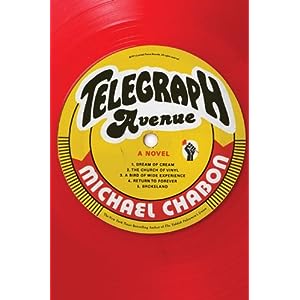 Chabon's The Amazing Adventures of Kavailer and Klay remains one of the best novels I've read in the last decade or so, and so any new novel from his Mac (it's gotta be a Mac, right?) is welcome. The plot details have been hazy in coming, but Amazon now has a write up that indicates a battle between a small music store and a big chain at its center, with  a healthy dollop of race mixed in. Sounds like a good fit to Chabon's interests and gifts. As good as Kavalier and Klay is, nothing else Chabon has written has hit that same sweet spot (although much of it has been quite good), so I am interested to see if this reaches those heights. 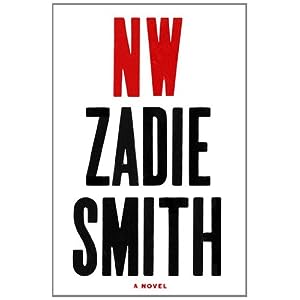 It's been a while since Smith's last novel, the excellent On Beauty, and it's good news that she's back in the game. Four central characters from the same housing development are apparently followed as they make their way in the world, which feels like a strong (albeit maybe too comfortable?) place for Smith to play in. 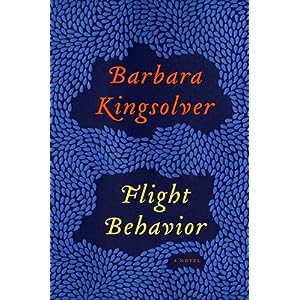 Kingsolver's Poisonwood Bible is near the top of my must-re-read list (right next to Kavalier and Klay!), so good was that tale of a missionary family in Africa. Her last novel was a epic historical novel about Diego Rivera, Frida Kahlo and others, that, good as it was, always felt just a bit stretched, as if you could feel her straining just a bit as she pushed against her boundaries and away from the familiar. This new novel, which takes place back in the Appalachian setting she knows so well, feels at first blush like a coming home. 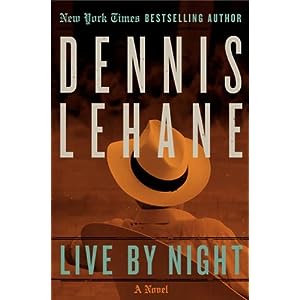 Dennis Lehane usually writes tightly constructed, completely engrossing mysteries that are as much about character and place as the plot mechanics and twists of the mystery itself. His series of novels featuring detectives Kensie and Gennaro is a great, great series, with the best book in the bunch, Gone, Baby Gone turned into one of the most underappreciated films to come out in the past decade. But he also is known for a nicely stuffed historical novel about the police strike in Boston, The Given Day, that is may be his best work yet. So seeing that his new novel is set during the Prohibition, and seems to be a similarly epic novel set during real historical events, has me excited.

Hand-crafted in a rough-hewn oak cabin by Tosy And Cosh at 12:13 PM 2 comments:

The Fall of Tosy and Cosh

The Autumn of Tosy and Cosh! That's what I should have gone with.

So, I thought I would come out of hibernation (briefly? permanently? sporadically? who the hell knows at this point) to note a few of the new albums coming out this Fall that hit the Tosy and Cosh sweet spot. Let's start with the most important:

Tempest, Bob Dylan
This new collection of Dylan tunes, his first in a few years, is probably the single pop culture thing coming this Fall (Autumn!) that I am most looking forward to. Dylan's been on a hell of a roll the last decade-plus, and the first single, "Duquesne Whistle," is something I haven't been able to stop listening to for the past few days.

I have to admit to being completely fascinated by how as Dylan gets older and older he embraces older and older sounds. Whereas some older artists experiment with newer sounds and textures (Paul Simon jumps to mind--his latest, So Beautiful or So What, featured classic Simon songwriting but very modern production and arrangements), Dylan seems to be trying to make records that sound as if they could have been cut on wax pretty much around the time wax was invented. And of course what's doubly fascinating is how effective this strategem has been. This new single shows no signs of slowing the trend. I mean just listen to that opening, with those country fairground guitars happily chirping along; it sounds like something Wilbur might have overheard on the fairground while Charlotte spun her web. And yet, as I already said in this space a few years back, regarding one of the other more-recent albums, it sounds irrestisibly modern, even if the how and why of were that modern feel and vibe comes form completely escapes my critical faculties.

If the rest of the album is anywhere near as good as this irrestible bit of song we might be in Modern Times or Love and Theft territory. And for me, that's superb territory to be in.

Beyond the Dylan, here are some other forthcoming albums that have me intrigued and excited:

Aimee Mann, Charmer
While I haven't been as infatuated with the title song of Mann's new album, that's only because I've only given it one listen, as busy as I've been listening to "Duquesne Whistle" over and over. That said, the video is fun as hell, with a game and clearly blast-having Laura Linney playing a robotic version of our Miss Mann.


Muse, The 2nd Law
I got into Muse when the opened for U2 on their last go-round, and am curious to see where they take their blend of Queen excess and stadium-sized anthems next.

Mark Knopfler, Privateering
Knopfler's mix of folksy, bluesy, kind-of-Celtic guitar music just keeps getting more and more refined with every album. On top of that, he'll be sharing some tour dates with Dylan this Fall. Now that's a show I'll want to see.

Hand-crafted in a rough-hewn oak cabin by Tosy And Cosh at 9:21 PM 2 comments: