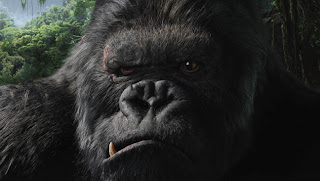 After having the King Kong DVD for close to a year, I finally opened 'er up the other day and listened to the commentary and watched the lengthy documentary. A few thoughts:

In terms of the special features, a couple of things stood out:

I get the vague sense that Kong is being forgotten in a way the Rings films aren't. It shouldn't be.

Hand-crafted in a rough-hewn oak cabin by Tosy And Cosh at 2:15 PM

Email ThisBlogThis!Share to TwitterShare to FacebookShare to Pinterest
Labels: Movies